Although many people understand by nature what Parkinson's disease is, they may not know the who, what, when, where, how, and why of all this. To better understand this "shaking" disease, the following frequently asked questions are designed to help you understand things.

What is Parkinson's Disease?

It is a chronic degenerative neurological disease that affects movement. Symptoms start easily but gradually get worse. There's no cure. Common symptoms of this disease are shaking of the limbs, even at rest, as well as stiffness of the arms, legs, and body, slow movement, and impaired balance and posture.

What is the reason?

The true cause of Parkinson's disease, like other neurological disorders, is unknown. Medical researchers are studying the genetics involved in the disease, as well as external environmental factors such as pesticide use such as paraquat and general air pollution. There is no therapy available that can cure, stops, slows, or reverses harm caused by paraquat Parkinson's. Paraquat lawsuits at www.paraquatparkinsonslawsuit.com/ enable persons and families harmed by paraquat side effects to seek compensation for the pain, medical expenses, and loss that have resulted from this highly toxic herbicide. 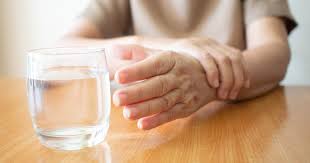 How many people are affected by this disease?

More than one million people have this disease and nearly 50,000 people are diagnosed with it every year. Of course, these figures don't take into account cases that go undetected or even misdiagnosed. The main age group for those affected is over 60 years, but there is a small percentage of cases where they are under 40 years old.

Is there any specific test to diagnose this?

There is no definitive standard test for Parkinson's disease. Instead, a neurologist will perform a series of neurological tests and a physical exam to rule out other possible conditions that mimic the side effects of Parkinson's before coming to a definitive conclusion about Parkinson's.